An overview of drug possession laws 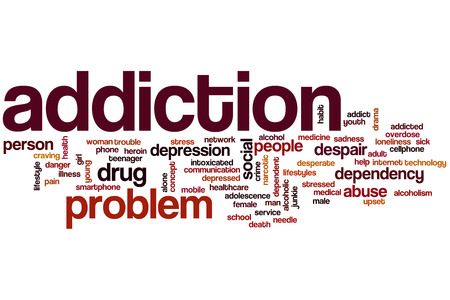 Are you looking to understand an overview of drug possession laws? Then this article is written for you because through it, we will talk all about the drug possession laws in the United States today. The first thing that we need to learn is that it is a crime according to the federal and state drug possession laws to possess illegal controlled substances like cocaine, methamphetamine, LSD, and marijuana willfully.

The same law also dictates it illegal to even possess precursor chemicals that are used in the manufacturing and cultivation of these drugs. And it also covers possessing certain types of accessories that are related to the drug use. But still, what may constitute as drug possession can be different in the type of drug, the geographic area of the offence, and the amount of drug possessed by the person as well. All of which, you will be advised by your Drug Possession Lawyer and a further understanding of it is as follows:

All the requirements that prove drug possession

• Was aware of the fact that the drug in question was a substance that was controlled.
• And he/she still knowingly made a possession out of the drug.

This possession, as the drug possession law firm would make it clear to you can also be called as constructive possession. This means that the even if you, being the defendant, did not possess the illicit drug during the time of the arrest, it can still be proved that you had an access to the drug at the time. And if you are caught with constructive possession, charges will be filed against one and more individuals who, for example could have had keys to the van filled with drugs. While assuming all other crime elements are met without any other defenses being applied.

But the second category is much more severe and carries stiffer penalties if you are convicted of it, as the law’s goal is to deter and punish drug dealers as compared to drug users. The drug possession lawyer will try to prove you guilty of the second category of drug possession law by providing evidence of baggies, digital sales, large quantity of the drug, and even large quantity of cash and even witness testimony.

In some states, they have created several categories based upon separate drugs, which allows them to treat every drug possession charge differently. An example of this would be the latest drive of legalization of marijuana for medical and even for recreational use in states like Washington and Colorado. But marijuana is still an illegal drug according to the federal law. And that can create a problem of clash between state and federal laws, which your drug possession law firm can exploit. But these laws change according to times, and so it becomes much important to completely understand the current standing laws regarding drug possession in your area.

Drug possession crimes and the drug paraphernalia included within them

Many drug possession laws which are made sure by drug possession attorneys even forbid paraphernalia like bongs, crack pipes and syringes that are used by drug users to take their illicit drugs. The ‘primary use’ of these paraphernalia is dependent upon the definition of what constitutes as a drug paraphernalia by the Federal Drug Paraphernalia Statute. This can have an example of the fact that a newly brought water pipe is not necessarily a bong if it does not contain the drug residue and has not been sold directly as a bong. These drug possession laws also forbid people from possessing chemicals and substances that are used in manufacturing and cultivation of these drugs like laboratory equipment which is used for methamphetamine.

So, this is an overview of drug possession laws which we hope helps you.

This content is available for general information only. The information presented is not legal advice, is not to be acted on as such, may not be current and is subject to change without notice. You must secure a lawyer or law firm to obtain proper professional advice.